This was the second of ten new dishes I made for my 2015 Resolution. 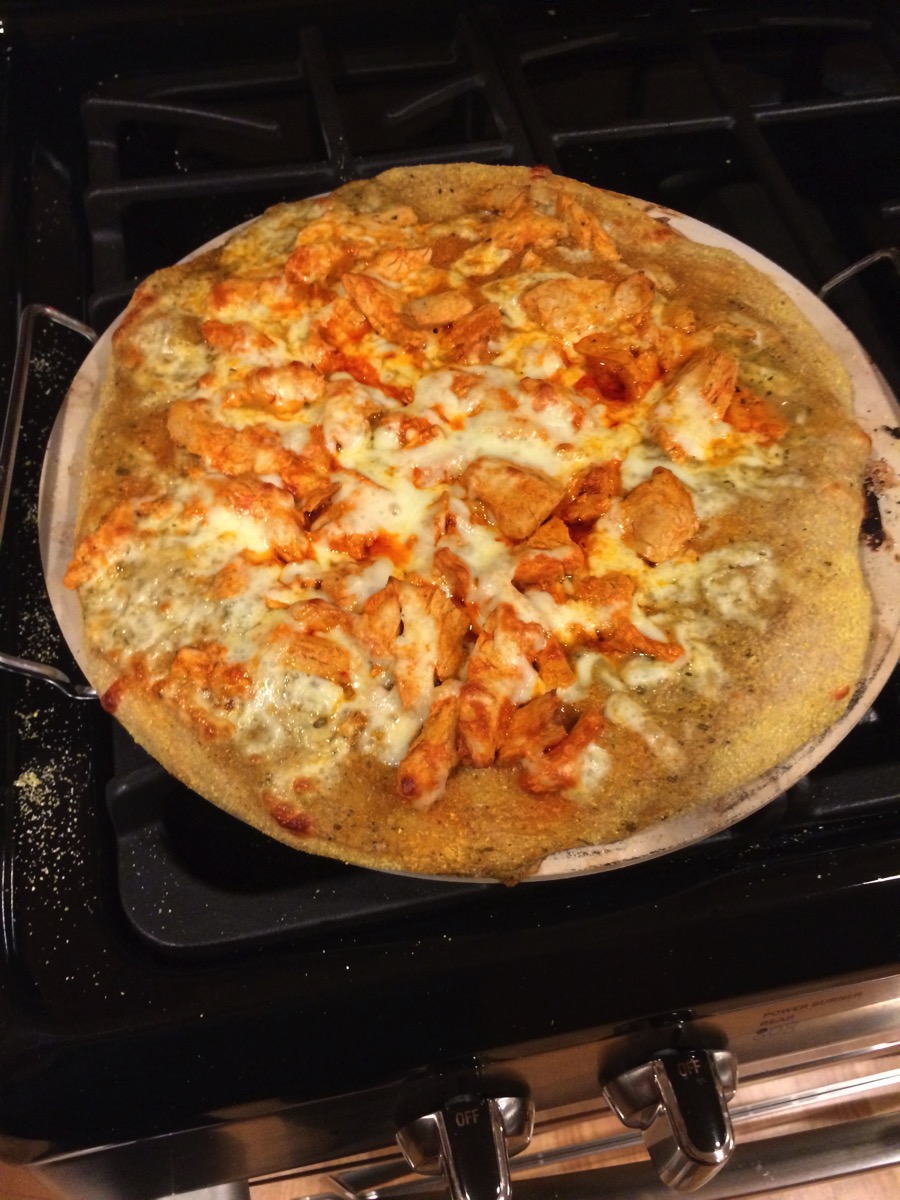 This one was inspired by a stream of tweets from Daniel Jalkut of Red Sweater Software, maker of MarsEdit, which I used to write this blog post.

If you follow Daniel and pay attention on Fridays, you’ll frequently see tweets such as this. One Friday, he even did a live video via Meerkat or Periscope of his pizza-making. I think it’s his mission to dispel the myth that making pizza is difficult, and he does a fairly solid job of that. Enough to encourage me to try.

I found making pizza to be messy more than anything else, as the pizza dough really likes to stick to surfaces, so you spread around a lot flour or corn meal to keep it from doing so. I also found that dough really doesn’t like to stay stretched out, so I needed to stretch it beyond where I thought it needed to end up and just trust that it would pull back.

I’m a fan of Trader Joe’s, so that’s where I got my toppings. I like their chickenless strips because they’re an easy protein to work with, and they take on whatever flavor you sautée them in. I used Frank’s Red Hot this time. Philip suggested that I brush the dough with olive oil before saucing it, and that turned out to be a good idea. I love TJ’s red and green Thai curries, so I used the green curry for the sauce. I put some cheese on top, and I was ready to go.

The final challenge to pizza making is getting the pizza from the peel on which you’ve prepared it onto the hot stone. Pizza doesn’t like to slide. The dough likes to pull back. The ingredients like to get in the way. This part of pizza-making will take me years to master, but they’ll be fun and yummy years I’m sure. For now, the marked “left shift” of ingredients in the picture above is testament to my novice status as a pizza maker.