As a software developer, I understand that not all bugs are severe. Not all bugs will be addressed in the lifetime of a piece of software. Time can be limited. A bug can be rare enough not to merit further investigation. Really bad bugs, which cause crashes, tend to get fixed. Bad bugs, which fall short of that, can remain far longer than one would hope. This series aims to shed light on Bad Bugs.

Apple introduced multitasking as one of the marquee features of iOS 9. Slide Over multitasking is available on a broad variety of iPads. To use Slide Over, one drags in from the right margin and chooses an app. The app then runs in a horizontally compact view on the right third of the screen.

If an app displays a web view which shows a <select> element (popup menu), the user can’t make a selection in Slide Over. Tapping the popup menu invokes a modal view. Tapping a menu item doesn’t dismiss the modal view. The user can’t do anything else with the app at that point. They’re stuck. 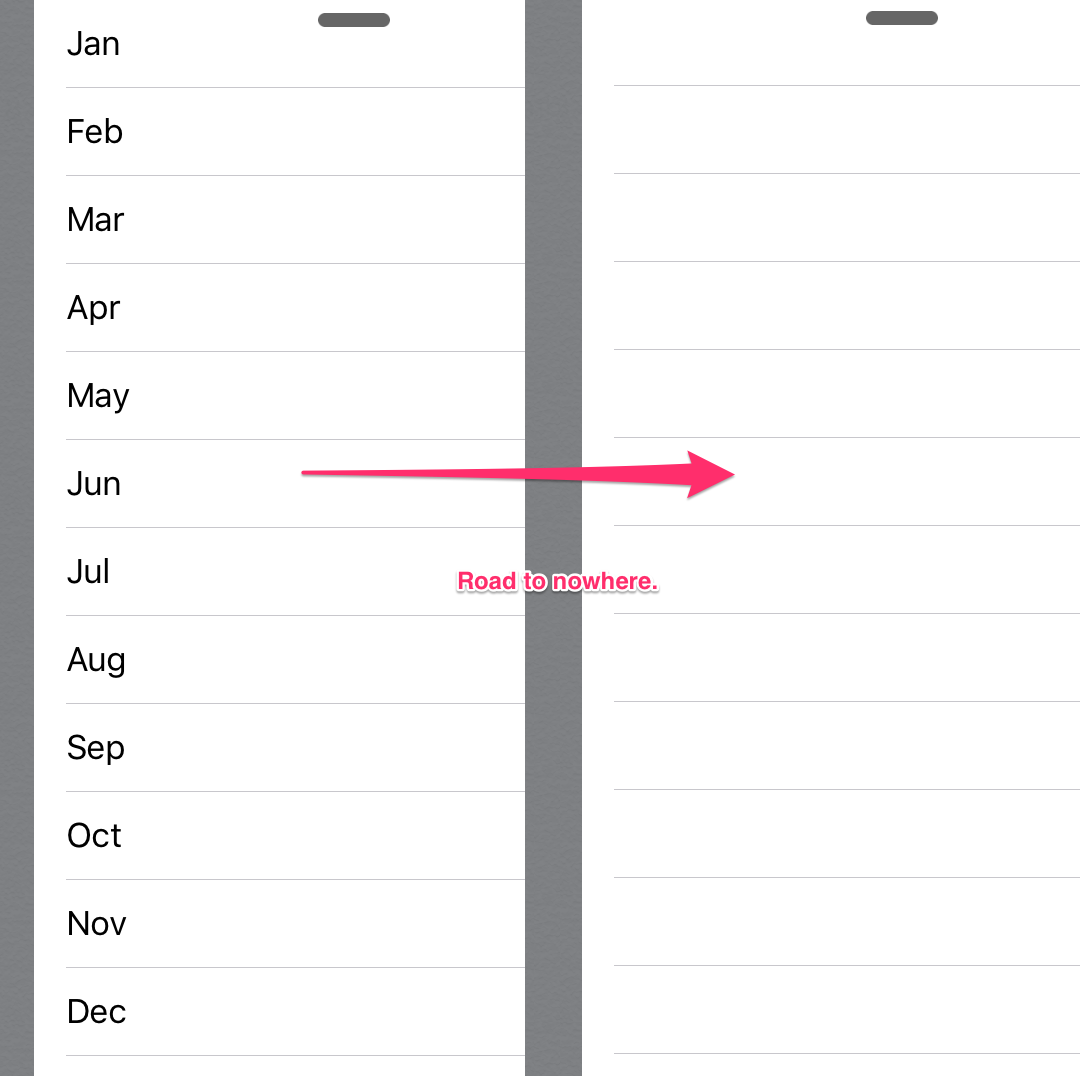 Given that the bug was already reported, I asked DTS for a workaround (case 636921784). They responded: “Our engineers have reviewed your request and have determined that you are experiencing an issue for which there is no known workaround at this time.” This is surprising because the bug does not occur in Safari under the same circumstances.

To me, this is a Bad Bug because:

For good measure, I filed bug 25006548, which I expect will be closed as a duplicate. Hopefully, filing duplicates like these causes some internal up-voting so that Bad Bugs such as this can be addressed.

UPDATE: Christian Hemker notes that this issue was first reported on August 13, 2015 by the Chromium team. Thanks, Christian!